The Tinyhuman had a swimming lesson this morning - he went with his dad, and I slept in until the glorious time of 9am. I’m getting pretty into these Saturday mornings where I sleep in, and then do some housework while they go play in the pool. In my head, I thought maybe I would start going to the gym, but I end up doing things I have a hard time doing while the kid is at home instead.

Maybe that’s fine. It doesn’t give me anything in particular to brag about, but I do get it done. I’ve been working on a 30 day declutter challenge from Clutterbug, and it’s already made a really positive impact on our house. I don’t think I ever thought I’d become so domesticated.

I’m hoping we can return to the gym together next week now that most of the signs of his cold have disappeared.  I’ve so missed Aquafit and I’m thinking of doing more weight training on future visits since I used to love it so much.

One thing that was great was putting together another For The North box while they were at lessons - this one is going to a low income parents support group in one of the Northern provinces/territories. I don’t believe in reiki or the like, but i still like to visualize a lot of good energy going into every one of the boxes I pack up. It’s been such a thrill to be able to do this. I hope it’s helpful. 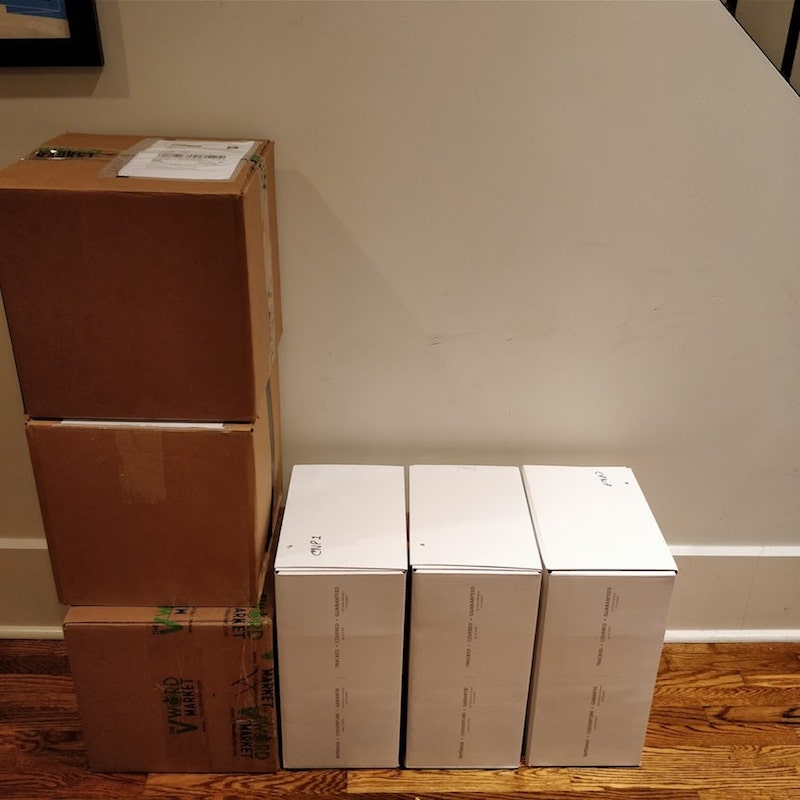 The almost-1-year old we were matched with under the Northern Birthday Box project got her birthday supplies last week, it’s been eye opening to see how expensive things can be for people that live there - boxes of really basic cake mix or icing sold here for 1-2$ are 10-15/box. I’ve got a bit of a birthday complex, so it’s been deeply satisfying to be able to send people the things the need to celebrate a birthday. We’ve done two so far, but now they have more people interested in sending than they have applicants, so the next time is probably far off. I signed up to be a last minute box sender incase someone flakes out.

This weekend we went to a different forest than our usual spot, and explored a little. Our intention was to play in the playground, but wouldn’t you know it - the kiddo wanted to run in the trees. No surprise there! He’s wearing a new-to-us hoodie from Maxmorra I picked up from a mama on a BST group. I was excited, but he was even more excited, it was so darn cute. He really loves cars. And he was thrilled.

This time of year I’m a little at a loss as to what to dress him in - it’s kind of cool, windy, rainy, sometimes warm, sometimes wet. Snow makes more sense to me, winter makes more sense. Though we’ll see if I’m still saying that once January rolls around.