Somehow I’ve gotten a bit obsessed with the idea of a She Sheds. Or just, having a tiny shed in the garden to escape and read or craft or write in. It’s part of a large effort to simplify things in the house, and make the house as safe as possible for our little one, but also, just symbolic of my need to have something that is mine. All mine. 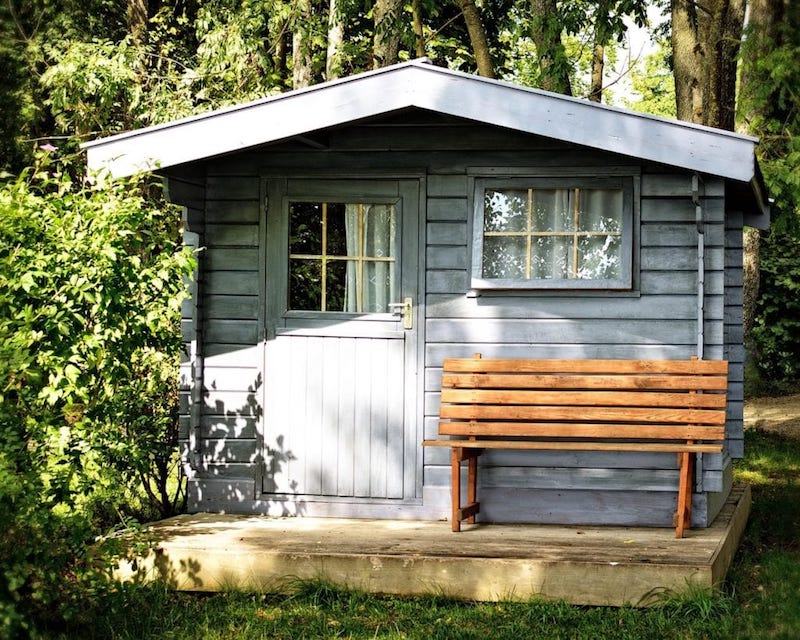 If you’ve never heard of a She Shed, it’s often just a repurposed shed or garden potting house, which can be designated for whatever a She wants - often crafting, reading, socializing, or whatever. Think of it as a tree or play house for adults.

After going down a pinterest rabbit hole last night, I am now at least partially convinced I could build one for myself. But I think I’ll try and be reasonable, and roll that back a bit to reality. There is also a local company (and one of several) that makes shed build kits and even installs them if folks are so inclined.

I have my eye on one of the barn shed kits from ShedInADay, but we’ll see what will happen. The last time I built anything was with Habitat for Humanity about 10 years ago. (dang)

No matter what, it’s a lot of fun to think about and imagine.